This post is about how General Relativity (GR) is explained to the masses, specifically how one should picture curvature. Most popular science accounts use the 'rubber sheet' analogy.

Consider the picture of the Earth rotating around the Sun. This is the classic picture most 'scientific american' type articles will throw your way to explain what curvature is.  It is the bending of a 2D surface in 3D. If you take a 2D rubber sheet and put some mass, it will deform and a particle will orbit around it.  This is a good picture in the sense that it is based on classic visual 3D intuition and reproduces the correct result for 2D sheets that deform.  But try generalizing it to 3D.

GR as extrinsic curvature by embedding 3D in 4D?

A finer problem with this image is that it seems to imply that you should abstractly extend this construction from 3D to 4D.  The curvature is extrinsic coming from the bending of 3D in a higher (4D?) space.  You lose the visual guidance. Humans simply cannot visualize in 4D (except Hawkins). The math can guide you though. Another point is rather ontological. If you need a 4D to create the curvature by embedding, considering only extrinsic curvature, isn't that proof that 4D of space exists?

We just looked at extrinsic curvature and by definition of 'ex' it needs an extra dimension.  But there is also 'intrinsic' curvature that lives purely in 3D.  Can we use it to construct gravity? The picture shows how flat space, the cartesian grid gets deformed by matter. Send a photon by the earth, and it will follow geodesics (the lines) and it will be going 'straight in that curved space'. This does not depend on a hypothetical 4th dimension of space.  Why isn't this picture, that of intrinsic curvature, more used amongst practitioners to explain gravity?

The problem with smooth 3D intrinsic curvature: the Kaluza-Klein example

There is something missing in the intrinsic construction.   GR is modeled by a Riemann geometry.  Smooth 3D deformations of space cannot give the proper mathematics.  We cannot create the proper GR curvature with the only assumption of smooth fields in 3D.  In order to obtain a proper unification, Kaluza and Klein in the 50's had to hypothesize a 4th dimension.  There, with smooth fields they could recreate GR and incorporate EM.

However non-smooth deformations of space in 3D arrive at the proper curvature.   The mathematics of non smooth deformations (non-holonomic theories) have been explored during the 80s in the solid state physics.  The non-commutative algebra that result is fancy mathematics.  The main result however is that the presence of certain defects leads to a proper Riemann curvature. The proper Riemann curvature arises in 3D if one considers singular deformations of space, as if brought about by defects of a certain particular shape.

The ontological reality of defects as curvature.


Since we observe gravity and we model it with curvature (GR). Here are some choices on how to assign an element of reality to this elastic metric of space (Einstein's and MTW words).  It can either A/ come from embedding in higher dimensions.  Curvature is the result of smooth deformations. B/ Assume defects in 3 dimensions and be intrinsic deformation with no further appeal to extra dimensions. Einstein was looking for answers within smooth fields (A) and the math for non-commutative algebras, arose much later within the standard model and solid state communities. The non-commutative algebra turns out to be relevant in GR and the standard model.

Where the defects come about is a story for another day. 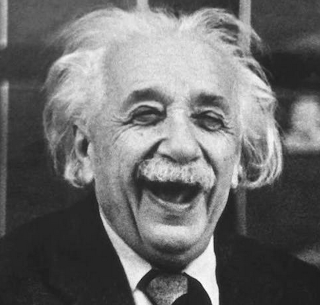 Popular posts from this blog

January 16, 2008
So Pony Tail Boy woke up a couple of month ago and decided he had nothing to lose in software and that he might as well go out and spend a bunch of money on Open Source.

First off: CONGRATULATIONS TO MY FRIENDS AT MYSQL. YOU GUYS DESERVE IT AND I AM TRULY HAPPY FOR ALL OF YOU. YOUR PATIENCE, TALENT AND DEDICATION HAVE PAID OFF. WELL DONE MARTEN, WELL DONE EVERYONE.

Third. There will not be an open source company that goes public for the foreseeable future. Liquidity is too good and too hard to pass up. The players are too big with too much at stake. That's a shame... I wanted to see an ecosystem of independent companies.

Fourth. SUN goes with MySQL, BEA is acquired by ORACLE. When the music stops there is only one chair left, RHT. The music stopped this morning.

I need a Xanax
Read more

So I have retreated to my batcave, I have put on my thinking cap, I have closed off the door so I could think more than 23 seconds without being interrupted by the kids. I have reach that inner zen point where the walls are transparent and I can see, I can see where the industry is headed. I have called good friends in the industry to get their perspective, I have expensed great brain power to analyze the implications SUN/MySQL merger. I have come up with this:

I must be getting old and out of touch, the dark side, everything clouds, because you know $1B is a billion dollar and Pony Tail Boy is no dummy. SO I read his blog, someone explained the transcript to me but I feel like Harry Seldon in "The Foundations" series when the diplomat visits: 30 minutes of words later and I still don't have any signal. I recheck my equipment but sorry, I come up with ZILCH.

So I will repeat the party line as if I had understood it.

November 19, 2007
Now enjoying my status as a sage of the industry, which is to say I am older than 20, but alas, not a billionaire, God fuck-it; people are all the time asking me for nuggets of wisdom from my vast experience at the top.

Quickies from marcf #3: What IP is there to protect in OSS?

B.D asks: "marcf, my open source project is starting to enjoy a measure of success, I am thinking of going professional with it, I am thinking about business models. How much thought should I put in protecting my Intellectual Property?"

Answer: B.D. protecting IP in OSS is extremelly important. The only "private" property that exists in OSS are 1- brand 2- URL. Both are obviously related but really you need to protect your brand name, in other words REGISTER your trademarks, use them, declare they are yours and enforce the trademark, meaning protect against infringement. Other products, specifically based on your product should not include your name. Consultancies will be able to say they …
Read more